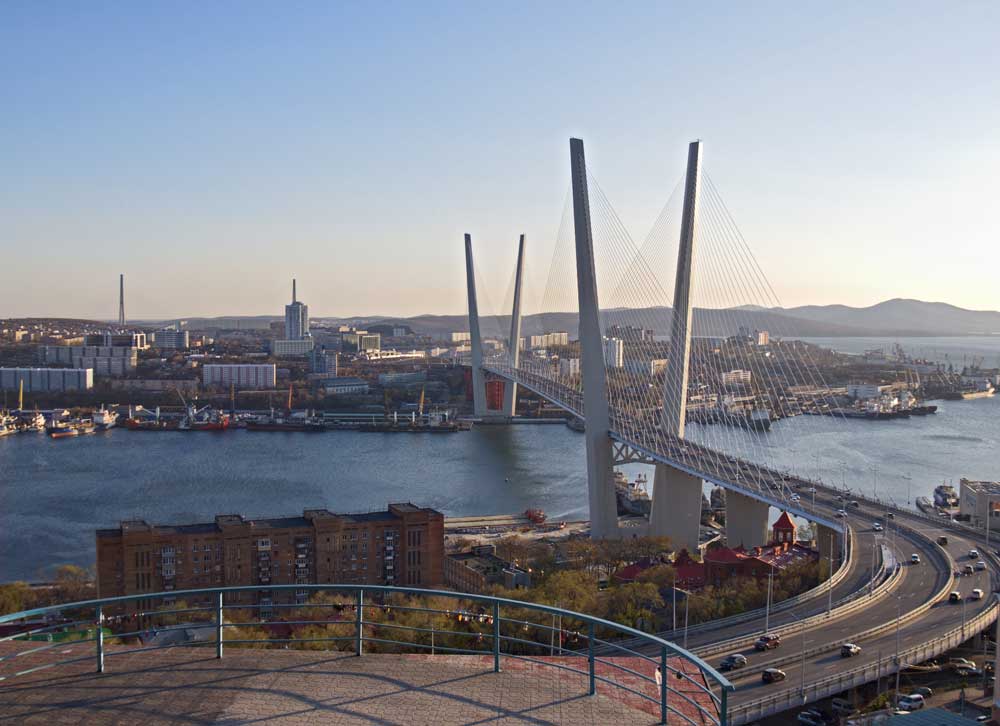 Part one of Paul Craven’s blog post, describing his first trip on board the Golden Eagle Trans Siberian Express.

I was in Moscow to begin a dream journey, 9288 km, along the Trans-Siberian Railway to Vladivostok. To put it into context the train takes 8 days non-stop, to fly takes 8 hours.

“We were waiting for you” the lady said. I acknowledged her and apologised.

“Haven’t I seen you before. Are you involved in tourism?”
I nodded, slightly perturbed.
“Were you in Central Asia?” she asked.
“Yes, did I meet you in Uzbekistan?” I replied.

Her typically warming central Asian features and iron ore coloured hair started to become familiar with me. It’s a small world but that’s exactly what is fun about travelling and working in such interesting destinations.

I had not been to Moscow for more than 15 years. The Rossiya Hotel, the monolith of Soviet architecture was a mere hole in the ground; plants and small trees rooting through the concrete. Red Square had not changed and St Basil’s was now worth a visit. Previously it had been sterile and empty. The Kremlin inspires every traveller and the Armoury Museum in it is fabulous. Museums have a habit of becoming a “bore” if too large and too much time is spent in them but the Armoury is in no way guilty of this and has many an exhibit to stare at in awe. 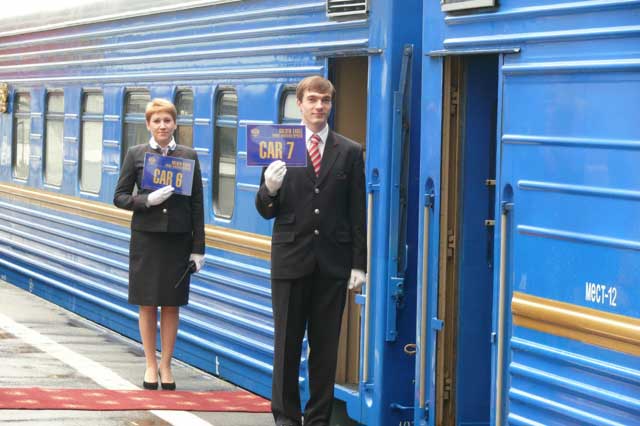 The great thing about taking the Golden Eagle Luxury Train is the care and attention the staff take in making sure everything is as good as it can be. The trip exceeds many traveller’s ideas of what they are to expect and many of my companions did not realise that this or that was included or that they had a choice. Imperial Suite customers get their own private guide and car at each location. They can choose what they want to see. However, this is not a prescribed list of suggestions. Almost anything is possible. One couple on my train wanted to see the zoo in Novosibirsk, visit supermarkets and local markets and take a shave with a cut-throat razor at a barbers or on the street. The rest of us were more than content with a choice of usually three touring options at each stop.

We did stop to see the main points of interest in Kazan, Yekaterinburg, Novosibirsk and Irkutsk. The train went on via to Ulan Ude to Vladivostok but I was to leave the Golden Eagle in Irkutsk and take the Russian railways for the remainder of the journey.

More of that later.

There certainly is a mysticism about travelling East. The journey started out in thick cloud and rain, a dull Moscow brightened up by preparations for the forthcoming May 9th Victory in Europe day celebrations. WWII in Russia is called the Great Patriotic War. Odd, somehow, to think we were on the same side once before the cloak and dagger Cold War took hold. We departed from Yaroslavl station in Moscow and were treated to a champagne and canapé reception in the very grand and elegant high ceilinged VIP lounge. It was recreating travel of old. Our train attendants met us in the lounge, were introduced to us and then escorted us to the train through a line of black uniformed police officers complete with bullet proof vests, truncheons and probably a lesson or two in armed combat and defence.

Train travel is often underestimated, thought to be slow and antiquated. I, however, given the chance, prefer it. I think it gives a different perspective to the country. You see behind the scenes, beyond the display; its shining glory. Russia is no different. The suburbs are full of “lock-ups”, lines of single story garages where people keep cars, store their belongings and sometimes even live. Walls are covered in graffiti and rubbish is thrown over fences or just dumped. Stray dogs roam and odd bodies, usually of men, huddle, drinking vodka and generally looking shady. Russia can be a tough place for those at the bottom and there are few safety nets. 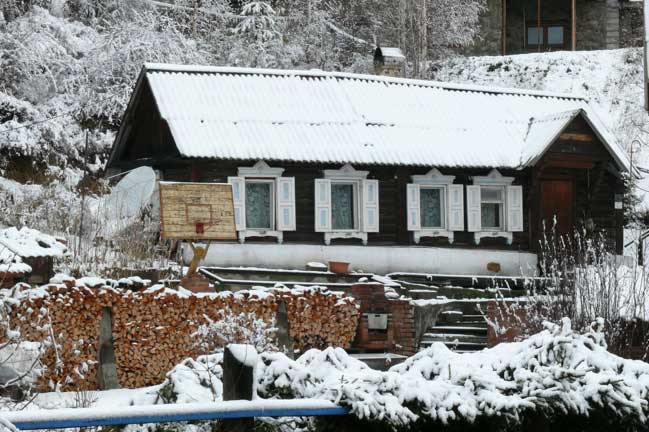 There are endless miles to cover. The trains do not go particularly fast so there is plenty of time to see and absorb. Apart from the big cities we stopped at, Omsk, Khabarovsk and Chita, most towns are quite small. In fact many people simply live in villages of wooden houses. I always wonder how they came to be here, why they are here and what do they do. Each house has a massive woodpile to withstand the long harsh winters, some have painted window shutters and they all have well-kept gardens to grow vegetables, keep chickens, geese or ducks and perhaps a cow or two. There is also, almost certainly, a huge guard dog chained to a post. These same huge dogs guard the railway bridges.

The terrain is largely flat and even the Ural Mountains that separate Europe from Asia are not more than a gentle rise in elevation. The train snakes through forests of birch and skirts large open patches of steppe as far as Irkutsk. No fences here but people’s copses and small woodlands are marked by a tractor’s plough width around the relevant plot. From Ulan Ude Spring was more advanced, the grass greener and the birch switched to deciduous forests of hardwood. Lakes appeared and more rivers flowed whilst men fished from the banks or from small boats. I saw a mother walking home with her two sons, fish hanging from a wooden pole, very Tom Sawyer.

I expected to see more wildlife, deer perhaps, but all I saw were a few water birds and birds of prey. I did see what looked like a limping wolverine in the open by the railway tracks but it was difficult to determine exactly what it was.

A highlight of the Golden Eagle Luxury Train trip was travelling through the night on the old railway from Irkustk to Lake Baikal and on to Port Baikal. There was heightened expectation in the morning not only of seeing Lake Baikal as the sun glowed orange at sunrise but of catching glimpses of the steam locomotive that had hauled us here on this leg of the journey. We stopped mid-morning at the entrance to a tunnel. Here we disembarked and spent the next two hours marvelling at the train, taking pictures of the lake or climbing up the hillside for a panoramic view. The locomotive made all manner of hissing noises as it built up steam, retracing its route up the line before stopping and travelling back towards us, blowing its smoke high in to the air. Jets of steam exited sideways from under the train like a dragon snorting and protecting its territory, magnificent. We then boarded the diesel locomotive and travelled on the walkway outside the engine giving us a prime open air view of the lake and scenery we passed by. Two special experiences appreciated by all. After moving further towards Port Baikal and stopping for a BBQ lunch of Baikal Omel, a fish endemic to the lake, we took a boat across to Listvianka, a small village, an hour away from Irkutsk. Here I left the Golden Eagle train to begin my adventure on Russian Railways.

This blog post was written by Paul Craven from Steppes Travel (Visit Website), who travelled on the Golden Eagle Trans-Siberian Express in May, 2014. 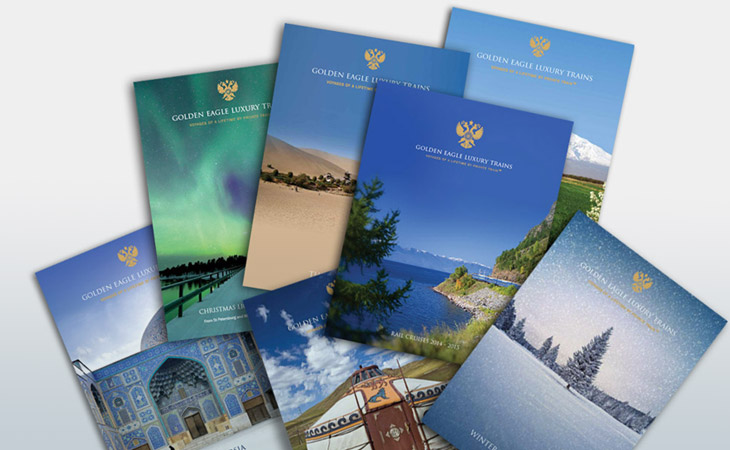