In his latest blog post, Dr Robin Catchpole shares tales of snow and ice from his Arctic Explorer adventure aboard the Golden Eagle as our Guest Astronomer.

Snow, powdery and dry crunching and squeaking underfoot, settling unmelted on clothes; snow, outlining branches, hanging heavily on the endless trees that follow the railway north to Murmansk. Snow, occasionally shed from weighed down pine branches in powdery flurries. Snow, turning a heap of rubble in the streets of St Petersburg into a fairy mountain landscape; snow, covering the frozen Neva, removing the distinction between water and land; snow lightly falling, softening the lights shining from the Hermitage to pastel shades across the ice. Snow that settled like dust in the corridor joining the carriages, where for a moment we were exposed to the outside cold, the glimpse of rail, the hiss of wheels and the groan of couplings as we made our way to dinner. Darkness and half light, briefly relieved by a pink sunrise that never came but turned into sunset two hours later, as we crossed the border into Norway.

Snow and darkness were the background themes of the train trip I made with my niece Reneira, on the Arctic Explorer tour, where I was the guest lecturer. Themes that could be best appreciated, when contrasted with the warmth of our compartment and the bars and dining rooms on the train.

Ren and I arrived in Moscow just in time for the opening dinner at the Four Seasons Hotel. Afterwards, although it was late, we took a stroll around the corner into Red Square, bright with the lights of the winter fair and full of cheerful young people.

The next day, after trips to the Kremlin, St Basils, the Tretiakov Art Gallery and the Moscow Space Museum, we all gathered in the Imperial waiting room at the Kazansky Station and boarded the train. While Ren unpacked, I walked the length of our 19 carriages, to see the two, 4-8-4 steam locomotives, one blue, one green, that would double head us out of Moscow.

Trains are gracious, they start to move imperceptibly out of grand stations. Dining on them is a special luxury, eating while looking out of the window at an ever changing scene of endless snow draped forest, passing through settlements and across roads, where for a fleeting moment you catch the eye of someone, carrying a shopping bag, who you will never see again, living a life far removed from your own. And the final luxury after dinner, of returning to a crisp freshly made bed.

At night, waiting for sleep, I listen, to the heavy four wheeled bogies, shuffling beneath the carriage, to the changing rhythms of the track, sometimes the old fashioned clickety-clack, sometimes the hiss and roar of the modern welded rails. We get used to the occasional bunch and snatch of the carriages, that make lecturing an athletic experience. Then there are the moments of perfect silence, as we wait for another train to pass, giving the carriage attendants the chance to get down with their crowbars and hack ice off the under frame.

Before the trip, I was concerned about space in our compartment, but Ren had brought a bag small enough to fit and open in the bottom of the cupboard. I kept only my immediate needs in our compartment, storing the rest in my case at the end of the carriage. An arrangement that worked well.

Leaving the train in Vladimir, we took the bus to Suzdal, where the monasteries and buildings, lay serene under their blanket of snow. We walked through snow, listened to the bells and the choral singing and visited the collection of wooden buildings in the open air museum. After lunch, we returned to Vladimir. As darkness fell we went inside the Cathedral of the Assumption, which stands high on its ridge overlooking the country to the south east. Outside was a Christmas market, with stalls for clothes, food and drink and a group of little ponies for children to ride, that Ren could not resist.

Today, was New Years eve and after a Champagne and Caviar dinner on board the train, we got back on the bus and drove to Bogolyubovo, where the solitary Church of the Intercession, founded in 1158, stands on the banks of the Nerl River.

The floodlit church surrounded by snow stood starkly white against the enfolding darkness. Inside, the church was bathed in candle light and we were given candles to hold. The priest blest us, while choristers sang from the balcony above. After a few moments of private meditation, we placed our candles on the brass candle stands and went back outside, conscious that we had shared something memorable and meaningful.

It was snowing as we climbed into sledges and rode across the field to a floodlit patch of snow, where after a few vodkas, folk dancers had us all dancing. Shortly after greeting the new year, we walked across the snow on to the platform and joined our train, which had arrived a few minutes earlier. At 00:15 our train pulled out of the station heading east, then turned north towards Volgoda, arriving at Malenga close to the White Sea the following night and finally reaching our next stop at Kola at lunch time the day after that, 1700 km from Vladimir.

After brunch on New Years Day, I gave my first talk about the Aurora. I gave four talks on the train, all given twice to accommodate the Smithsonian group who had their own lectures. As well as the aurora, I talked about frontiers in modern astronomy, the origin of the elements and the birth and death of Stars and finally whether or not we are the only conscious observers of our universe.
Ren woke at 6am to mark our crossing the arctic circle.

After lunch on the train at Kola, we drove into Murmansk. Darkness fell as we visited the nuclear icebreaker Lenin, the local museum and the war memorial, which stands above the city. There snow started to fall in passing showers, partly obscuring the city. On our way back, we stopped at the monument to the ‘Waiting Women’. She stands facing the driving snow, in her scanty summer dress with her arm raised, her eyes covered by snow and icicle tears, waiting for her man to return. I still have to tell my feminist friends at the Institute of Astronomy, of this wonderful female role model!

That night we glimpsed the aurora from the train, a wispy ghost of light, too faint to see any colour but definitely there. Nikel stands at the end of the railway line, a nickel smelter surrounded by dead trees, made more lonely and dystopian by the blanketing snow. Here we left the train and headed by bus for the Russian border. We showed our passports four times; at the pre-border border, at the gate to the border, at emigration at the border and at the gate leaving the border, before arriving at the Norwegian border, where all was straightforward and quick. There was an unspecified problem with the bus, but this was resolved and we were through in 3 hours.

In Kirkenes we visited the Snow Hotel and drank vodka. There, encouraged by the bar tender, I did something I have always wanted to do; smash my glass and then I smashed all the other used vodka glasses. The barman happily swept the fragments onto the floor. The secret? The glasses were made of ice.

There was crab fishing and crab eating; delicious, meaty and fresh. There was dog sleigh riding across the dark frozen fjord. With the dogs pulling hard and eager, we sat and half lay in the small sledge, close wrapped against the stinging wind, making sure we did not fall out as we swished over the snowy ice. Another magical moment!

It was snowing as we boarded the bus. It was snowing as we climbed out of the bus, but there was a star and then more stars and a faint white glow that we thought might be green. A ten second exposure showed green shafts of light shining between the clouds. We had seen the aurora.

After two nights in Kirkenes we recrossed the border, joined the train at lunch time and headed south for Petrozavodsk, arriving there at mid afternoon the next day, Russian Christmas Day. In navigable contact with St Petersburg in summer, via lakes Onega and Ladoga, Petrozavodsk was the site chosen in 1703, by Peter the Great for his iron foundries, run by a Scotsman, to equip his new built fleet with cannon and anchors. We were entertained to folk dancing and saw some beautiful icons in the local art museum.

In the evening we dressed up and celebrated our last night on the train with a farewell dinner and at 8am the next morning we arrived at the Vitebsky station in St Petersburg. I was sorry not to be better prepared, as the station is an architectural gem. Dating from 1901 and recently restored it stands on the site of Russia’s first railway, built in 1837 to take the Tsar to his palace at Tsarskoe Selo (Pushkin).

Late in the afternoon we checked in to the Four Seasons hotel. For Ren and I this hotel was the climax of luxury and location, also known as the Lobanov-Rosyovsky Palace, guarded by two Medici lions and facing both the Admiralty and St Isaacs Cathedral. Before sitting down to our farewell dinner, we were treated to a ballet performance of extracts from the Nutcracker Suite.

The following day, after visiting the Hermitage Museum, before the public were admitted and watching the peacock display its tail on the enormous British made clock, we visited St Isaacs Cathedral. The Cathedral, like so much in Russia, is on the grandest scale, has 48 columns at ground level, each 45m long, weighing 114 tons and each made of a single piece of granite. The dome is covered in 100 kg of gold, that cost 60 lives from mercury poisoning, while the interior was decorated with another 300 kg of gold.

After the visit, as daylight faded, Ren and I went for an evening walk across the bridge beside the Admiralty, through the Peter and Paul Fortress and along the banks of the Neva, coming back over the Troitsky Bridge. Snow fell, softening the city lights and beside us the Neva was white and silent. The next morning, before leaving for the airport and home, we had another snowy walk from the hotel, around St Isaacs, along the canal, past the Stroganoff palace, past the Kazan Cathedral and along the canal to the Church of the Spilled Blood, built over the site of Alexander II’s assassination. There, we turned towards the river and walked across the square in front of the Hermitage, back towards our hotel. Just around the corner from the hotel is an excellent little gift shop, with a fine collection of Putin mugs, where Ren bought some gifts. As we left Reneira and I both decided that St Petersburg has to be one of the world’s most beautiful cities.

Find out more and plan your own adventure on Arctic Explorer: The Quest for the Northern Lights here. 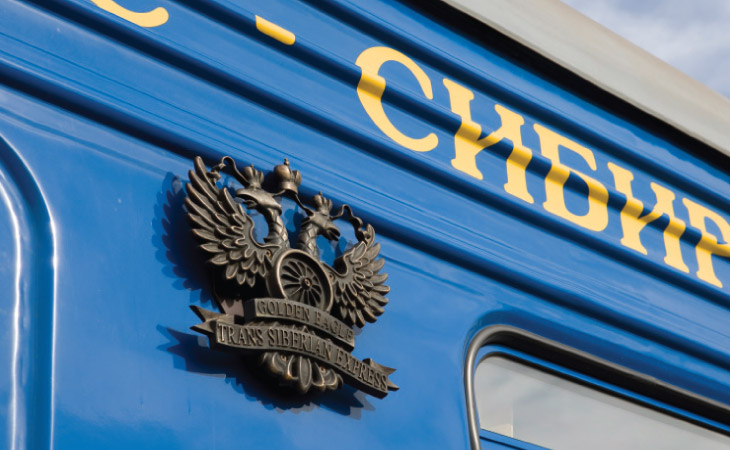 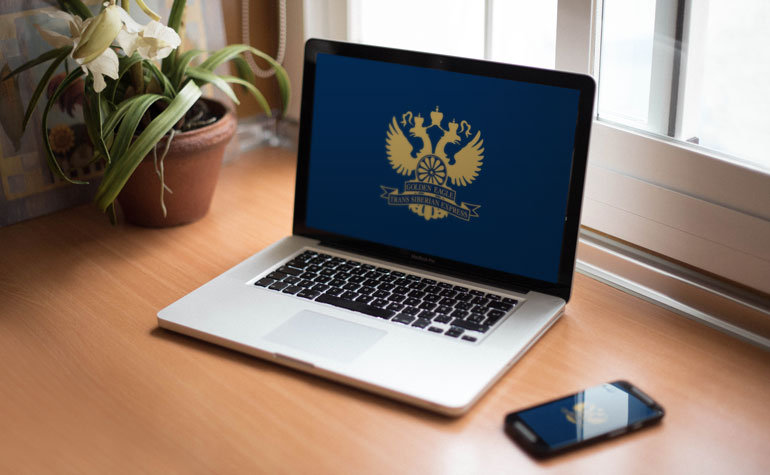